WRC calendar is coming to a close, but there is no doubt that Rally GB won’t be an easy stage. After moving to North Wales last year, it was met with great enthusiasm. The rally is set over 23 stages totalling a distance of 1354.99 km. With wet and potentially icy conditions, the cars are set up with gravel suspension and studded tyres are banned at this rally. 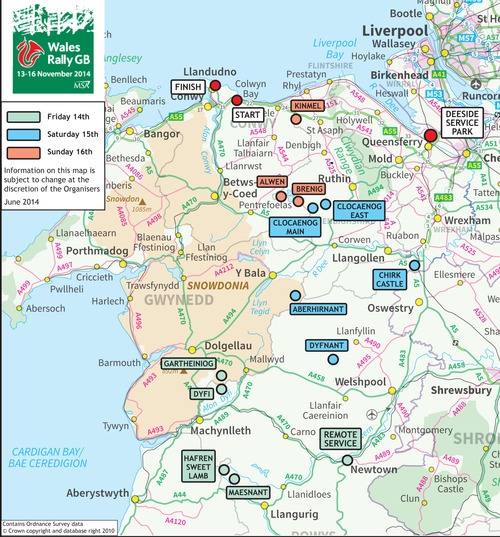 This year, in contention with BT Sport, Graeme Swann, cricketer will be racing in a Ford Fiesta rally car. A man who is famed for his spin bowling has been thrown into the deep end and going to race in the Wales Rally GB on 13 -16th November.  With barely any race experience to his name, Graeme considers rally drivers, “a different kettle of fish, so technical and so fast, relying on co-drivers.” Graeme is confident that he will finish the race but reckons will be hours behind the boys up front.

Among the drivers heading to Wales for the Rally are Neil Simpson, Osian Pryce and Wug Utting who has raced in Wales for the past seven years.

Peta Todd, former glamour model and married to cyclist Mark Cavendish will be co-driving with Tony Jardine in his Mitsubishi Evo IX. Starting off reading organiser’s pace notes, Peta is determined to be ready with her own pace notes for the Wales Rally GB. She said, “It is like talking a completely different language” when trying to understand the meanings of the notes.

She is determined to show her kids that she is still a cool mum and talked about the glamour side of Rally when she battled motion sickness and was sick in her mouth during a stage.