The new Hyundai i20 will start at £10,695 on the road when it hits showrooms in January 2015. The new generation i20 will be available in five trims each packed with equipment. Hyundai have chosen to increase the use of High Strength Steel helping increase rigidity by 64%. The design of the new models give it a more sophisticated look with a longer bonnet, short over-hang combined with LED running lights and rear clusters. Interior space has increased thanks to a 45mm increase in overall wheelbase. This flows over into the boot space, which is up to 326 Litres, again one of the best in the segment. All cars are fitted as standard with six airbags, Hill start assist control, emergency stop signal and tyre pressure monitoring. A full panoramic sunroof that may be opened fills the cabin with light, which is a first in segment. 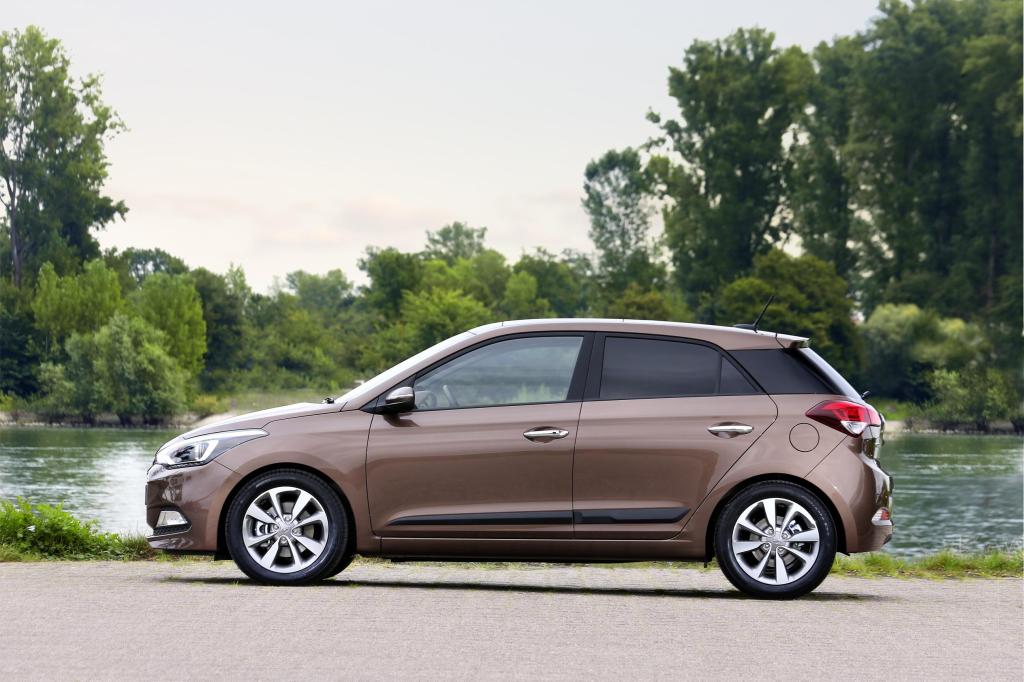 The SE which is Hyundai’s largest selling i20 model is packed with goodies including; 16-inch alloys, voice activated Bluetooth, cruise control, front fog lights, lane departure warning system, electric windows and reversing sensors among many other features as standard. Opt for a Premium model and the tech just keeps getting better; Smartphone docking, auto dimming rearview mirror, auto headlights and wipers, climate control, LED running and rear lights, projector headlights and privacy glass are all included. Engines across the range include the 1.2L & 1.4L petrol with 74bhp, 83bhp and 99bhp respectively. A 1.1L and 1.4L diesel engine with 74bhp and 89bhp will also feature in the i20 range. All cars emit under 155g/km of CO2 with the lowest being the 1.1 CRDi SE emitting only 84g/km, one of the lowest in the B-segment.