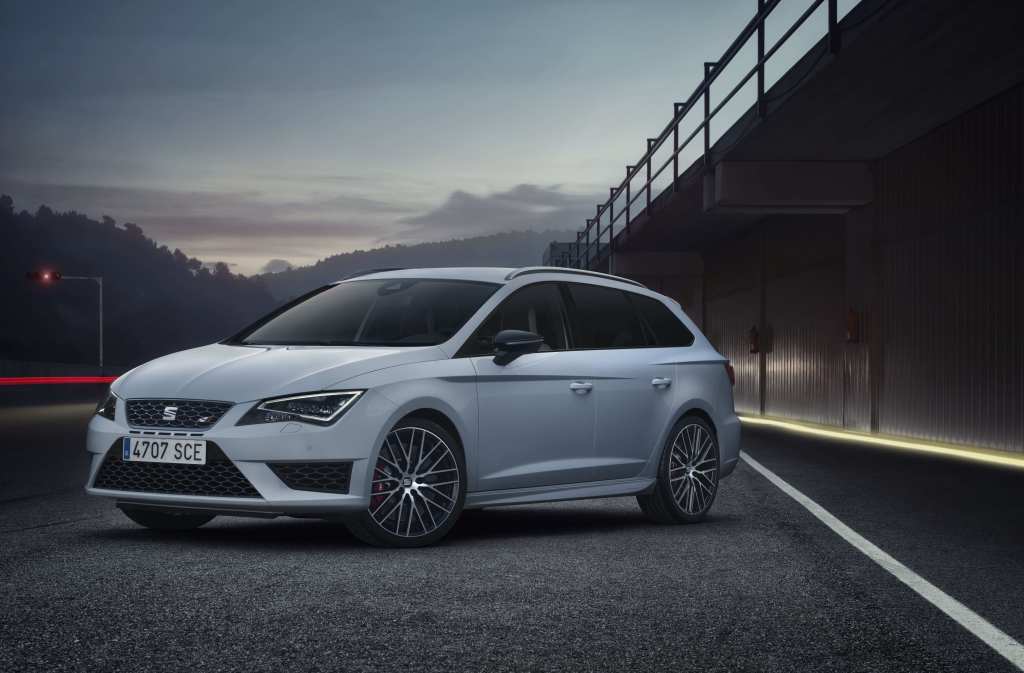 Seat has taken a new step forward with its Leon model as the brand has announced the SEAT Leon ST Cupra 280 estate. Due to be launched in March of 2015, SEAT intend on taking a chunk out of Ford’s sales. Full spec and prices are due to be announced closer to the launch.

The estate is powered by a 2.0 TSI dual injection petrol engine, tuned to 276bhp and capable of hitting 62mph in 6 seconds flat, a few milliseconds slower than its smaller sibling. The brand is offering a choice of gearbox, either a six speed manual or a six speed DSG. The latter helps increase fuel economy to 42.8mpg from 42.2mpg for the manual and lowers CO2 emissions ever so slightly to 154g/km from 157g/km.

To put all that power down on the tarmac, Seat have recalibrated the Dynamic chassis control (DCC) for the Cupra estate allowing the driver to have a more responsive and sensitive chassis response. Progressive steering that increases in weight depending on the speed of the car and mechanical diff lock not only improves the traction by allowing up to 100% of power to be sent to one wheel, but also eliminates torque steer.

When drivers take their cars on track, most of the time the ESP can’t be fully turned off which can be a pain. Seat has designed the ESP system to have two modes, sport mode which disables the traction control but allows for some slides whilst the second turns everything off completely. 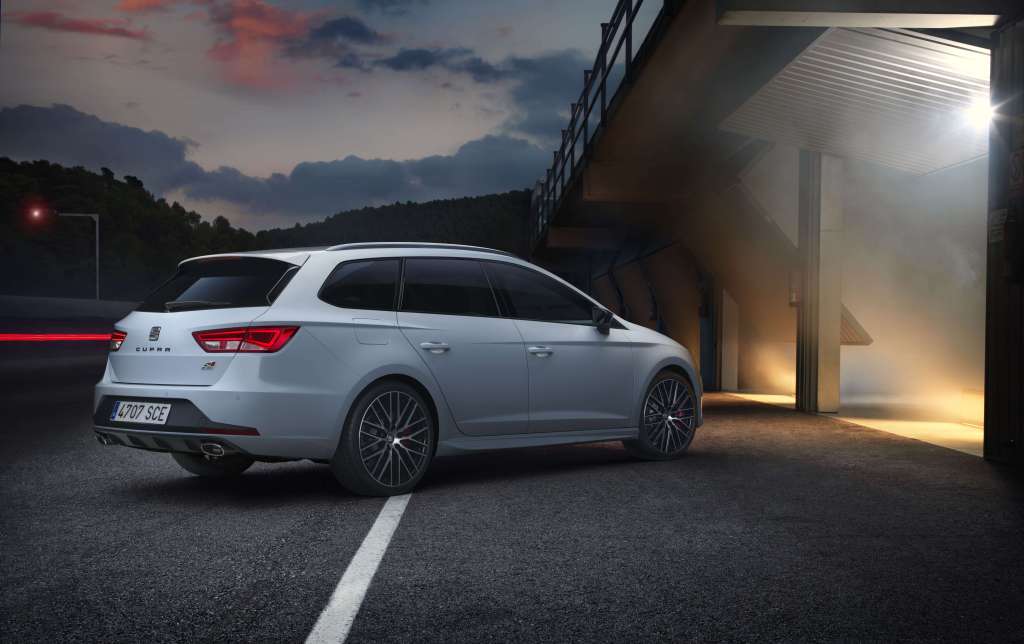 Design wise, the Cupra estate has a new front end with large air intakes and standard full LED headlights whilst at the rear Seat have fitted a rear skirt and twin oval exhaust pipes. Completing the look are the unique alloy wheels, red brake calipers and tinted rear windows. The Cupra estate doesn’t have the biggest boot when comparing it to the Ford’s, which sit at 1,470 litres and 1502 litres respectively.

If you are looking for a little more ‘auto emocion’, Seat offer what they call ‘Sub8 Performance Pack’ which gives the owner larger Brembo brakes, 19-inch alloy wheels and body coloured side skirts for an extra £2,025. To keep those new larger wheels on the track, Seat recommend fitting their optional sticky Michelin Pilot Sport Cup 2 tyres for an added £460. The Cupra doesn’t only get special treatment on the exterior, but the interior gets sports seats with optional bucket seats in either black Alcantara or leather with white stitching. 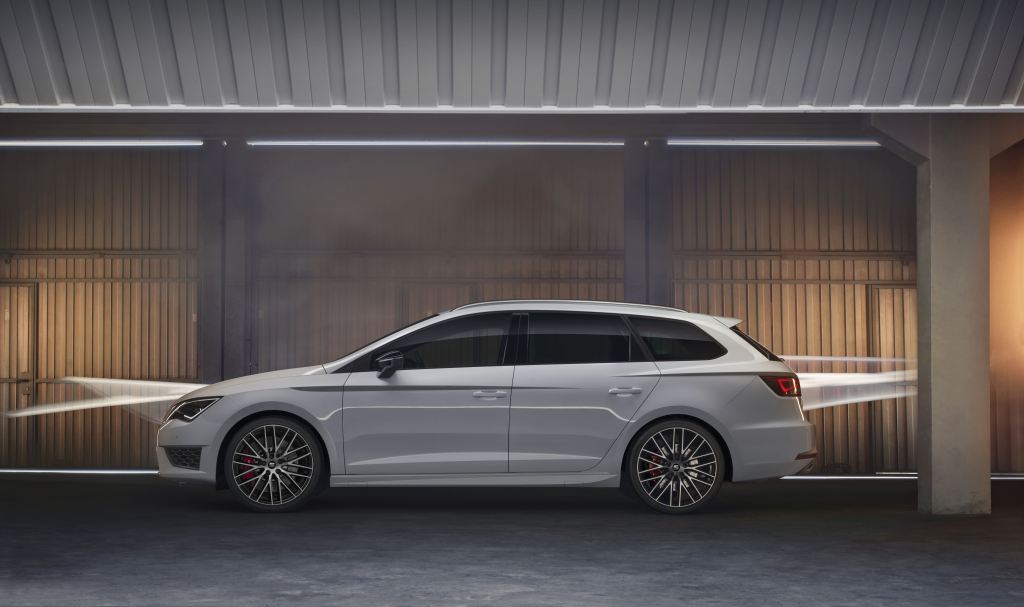